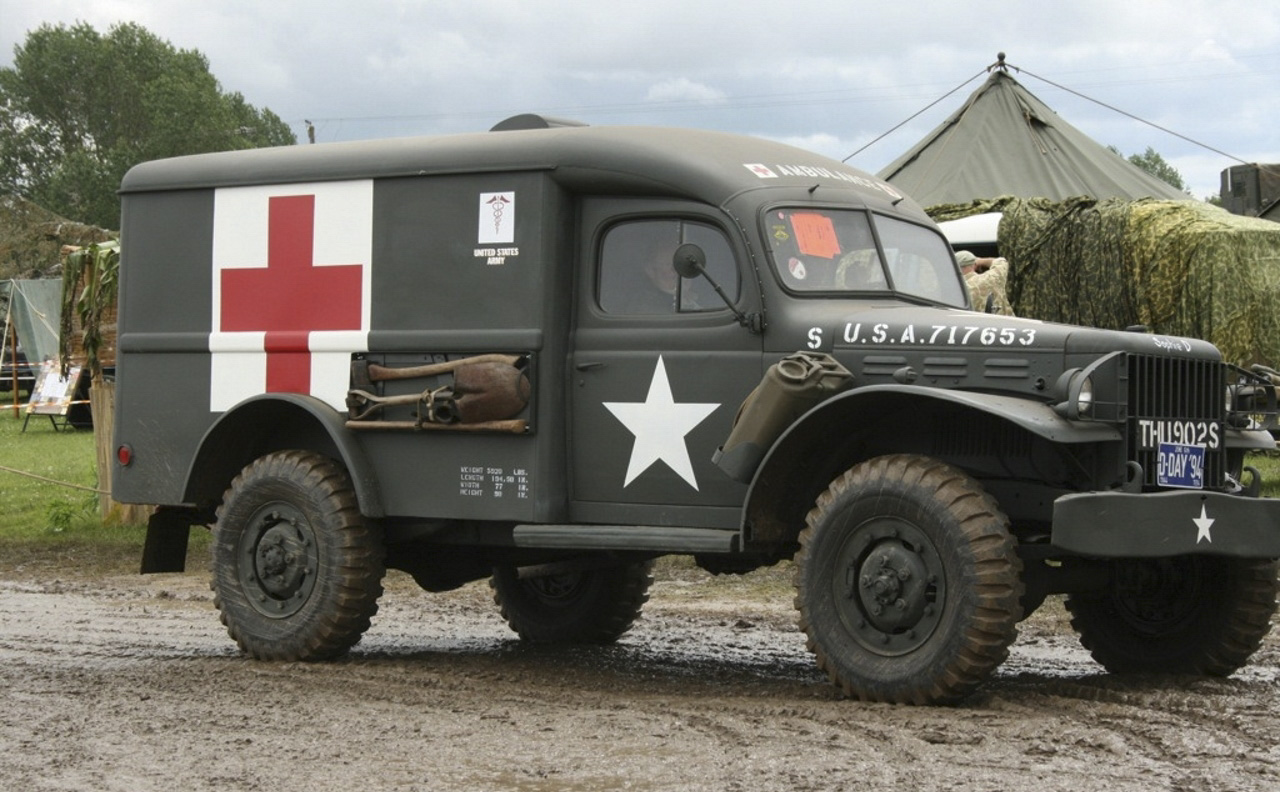 O Dodge WC54 ¾ Ton, supply catalog designation G502, was a WC series 4×4 light truck developed during World War II. It served as the main ambulance used by the US army from 1942 to 1945, with some used as late as 1953 during the Korean War by the U.S. Army Medical Corps, and others serving as late as the 1960s in the armies of some European countries. At times, several were also used by the US Signal Corps as radio vans.