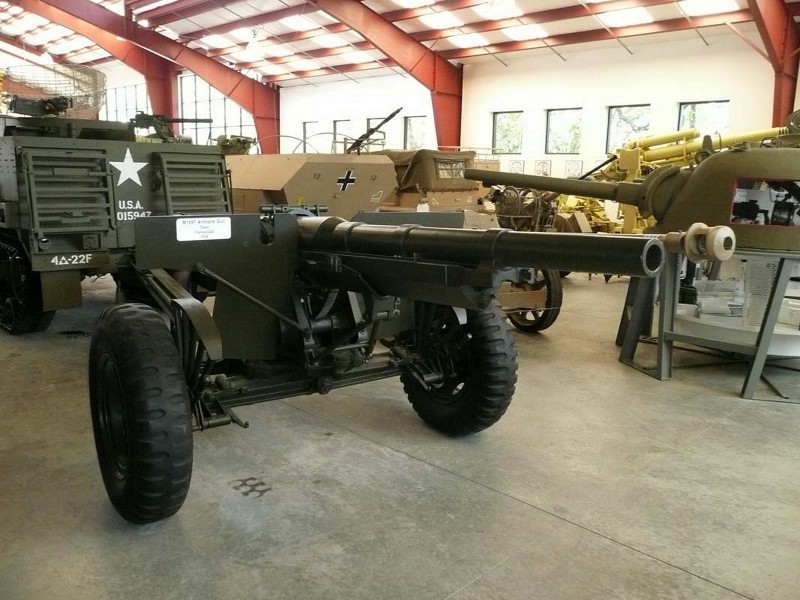 Galeria de fotos de uma NOS 75mm M1897 on M2A3 carriage, The gun is of French design. A number of these weapons were purchased by the United States. Similar guns were manufactured in the United States. The parts of the American and French manufactured guns are identical and therefore interchangeable. The gun is the built-up type. Name and model are stamped on the left side of the breech hoop. Name of manufacturer, year of manufacture, serial number and weight, including breech mechanism, are stamped on the muzzle. Data on guns bought from France will be found on top of breech end. M1897A4 and M1897A2 – The M1897A4 gun is a modification of the 75-mm gun, M1897 (French). The modification consists of the removal of rollers and sweeper plates with felt pads, and elimination of a portion of the jacket of the gun which is replaced by steel rails and bronze strips attached to supports on the gun. M1897A2 gun is standard for new manufacture and is similar in design to the 75-mm gun, M1897A4 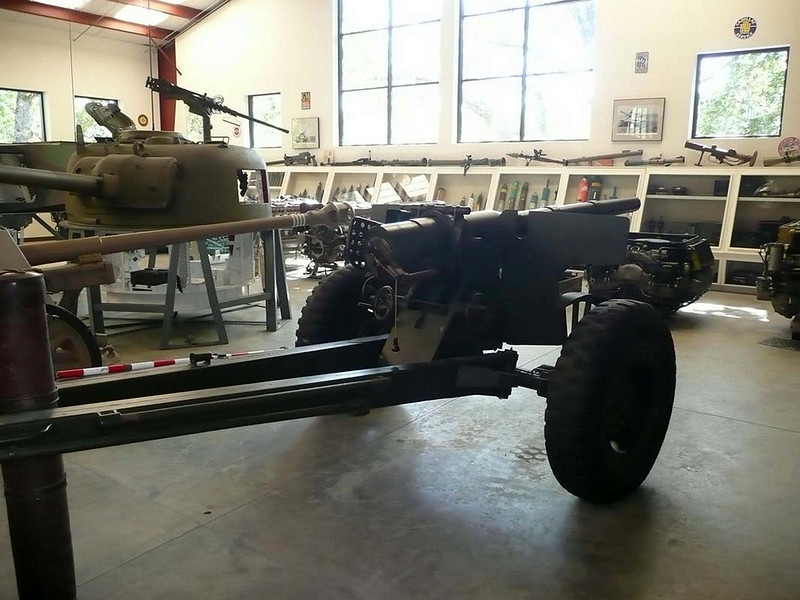 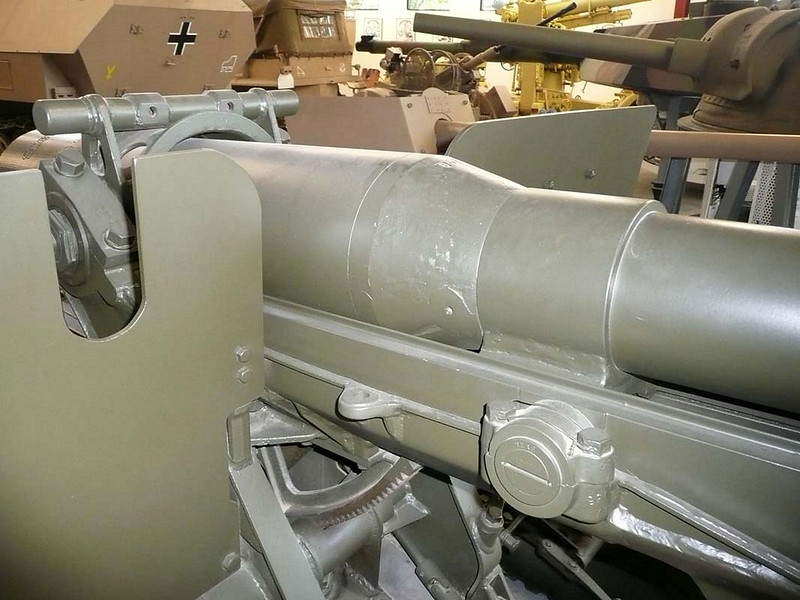 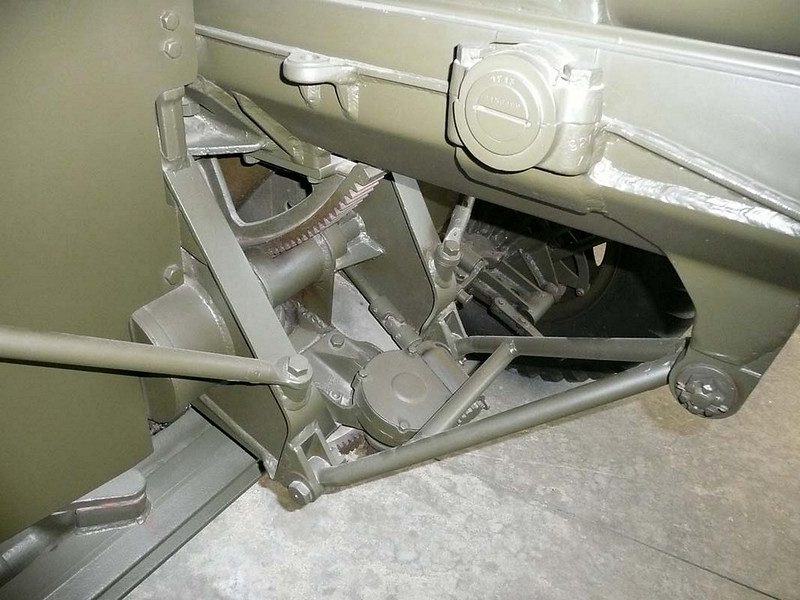 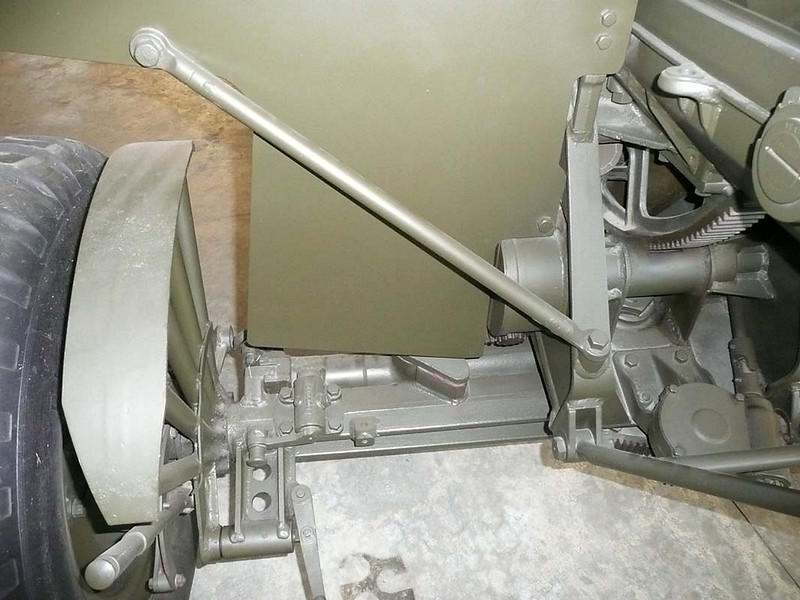 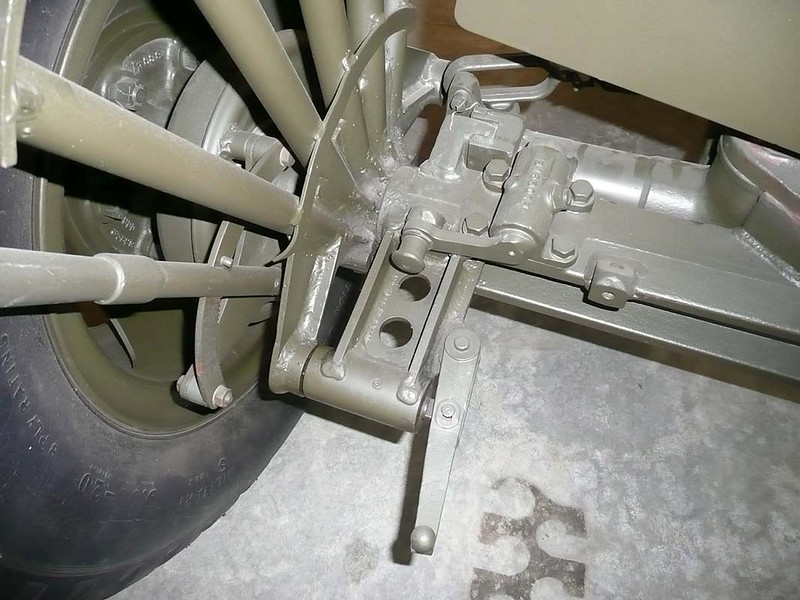 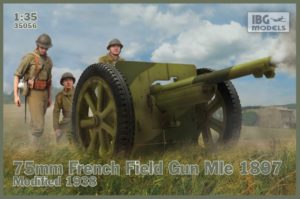 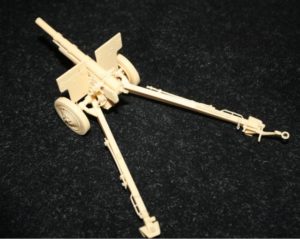 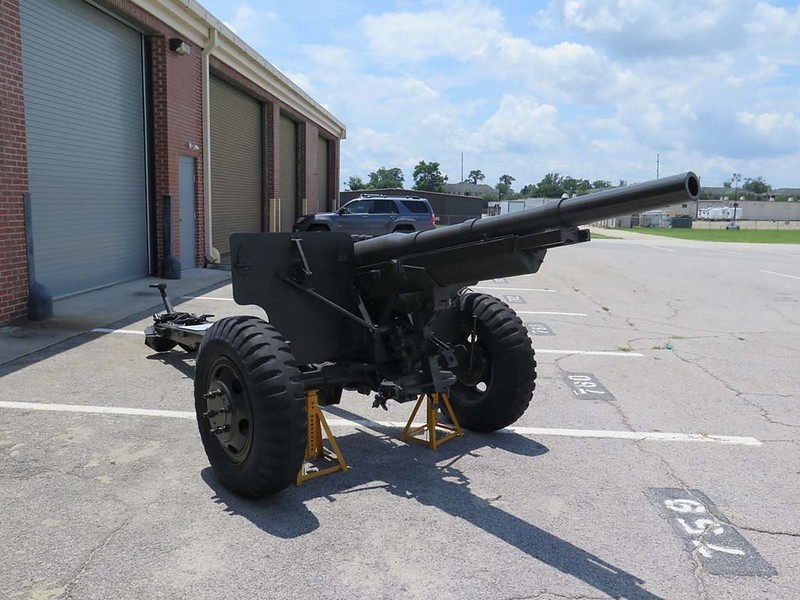 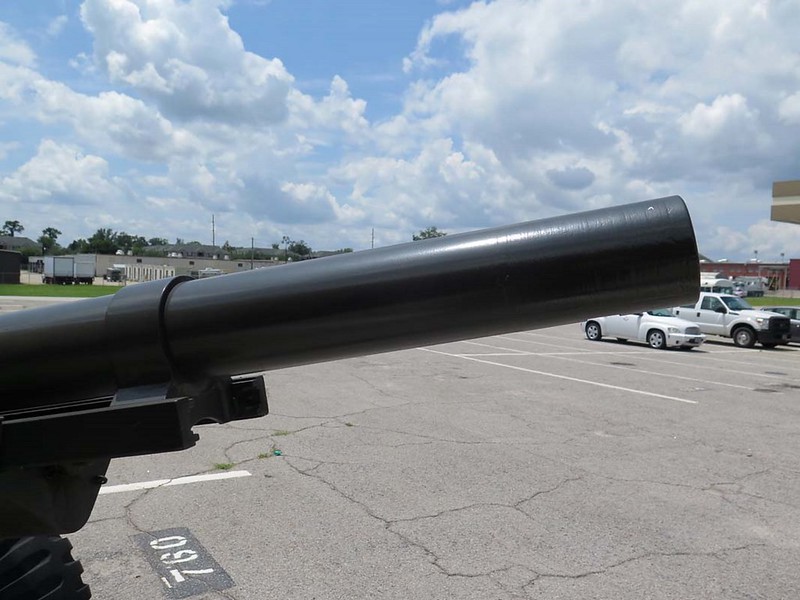 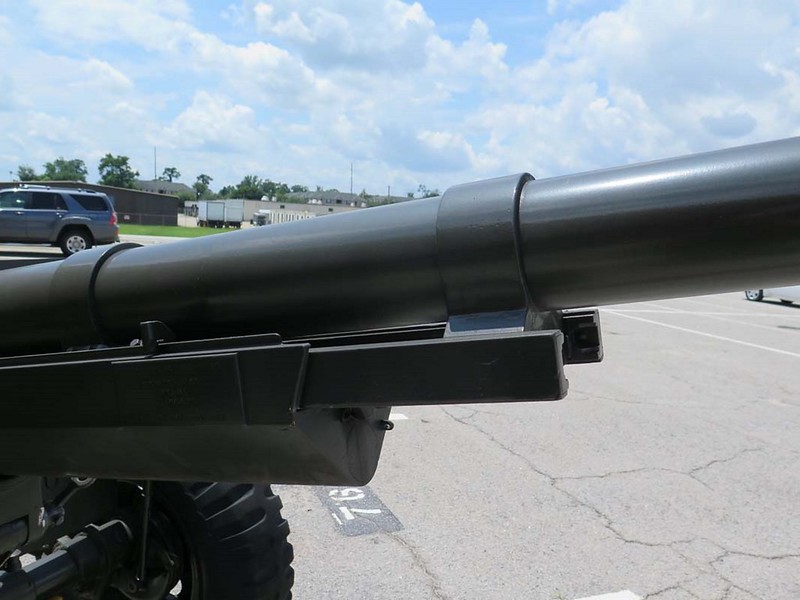 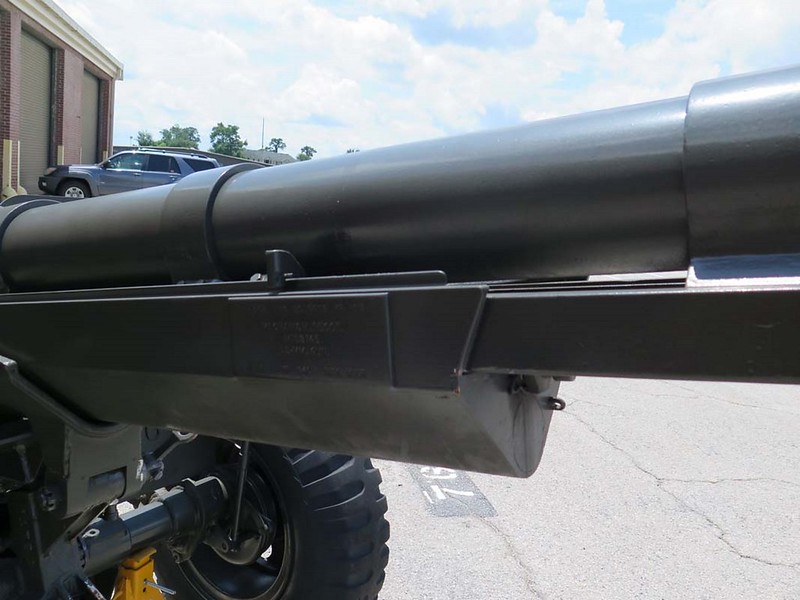 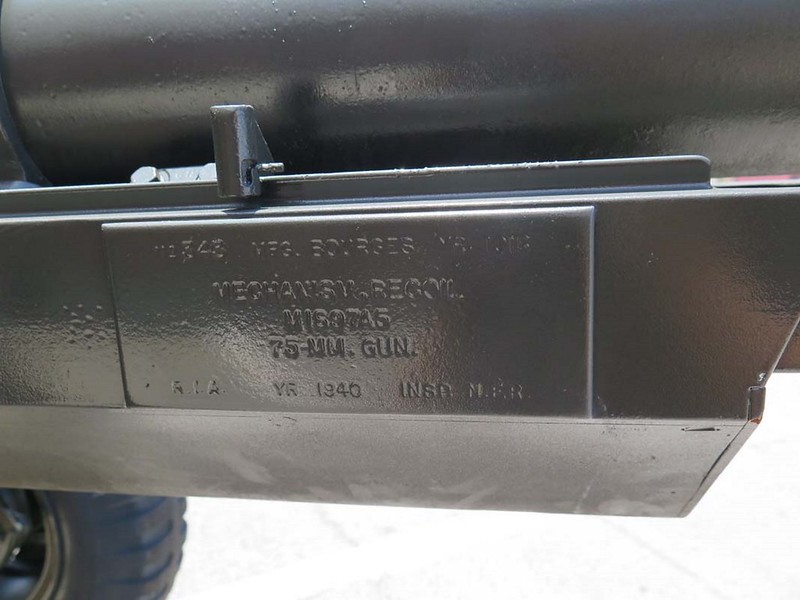 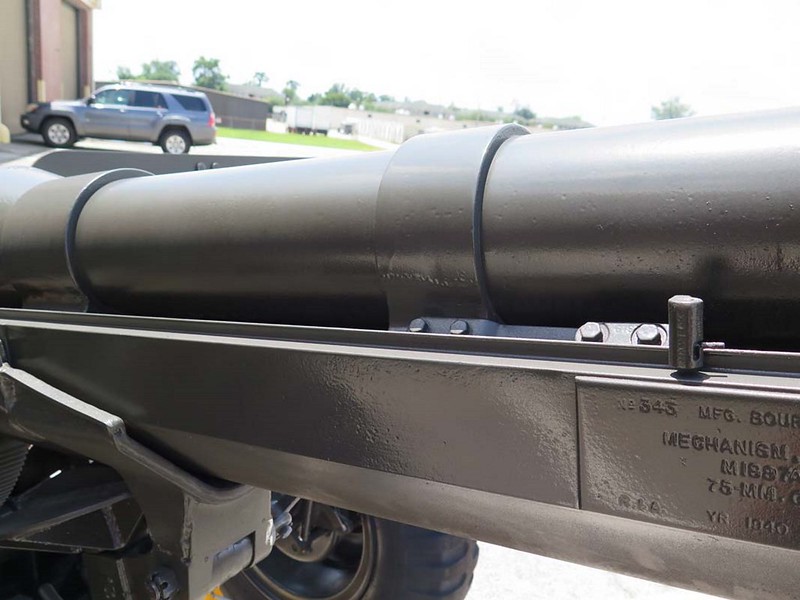