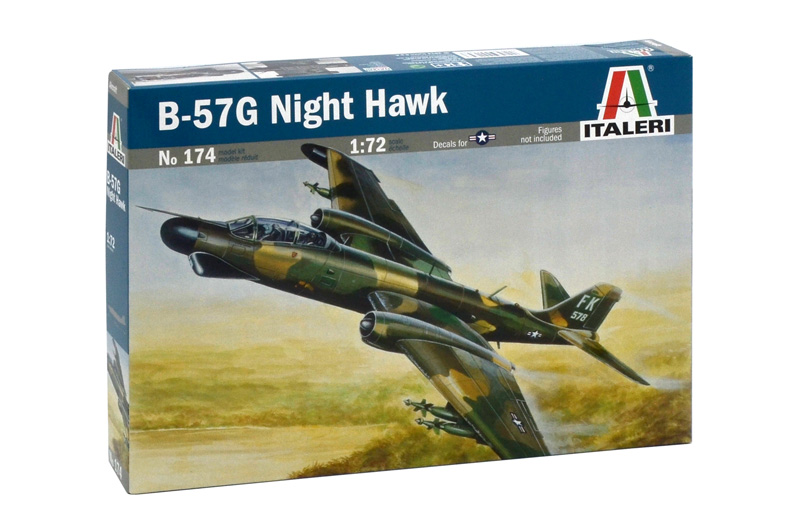 W Martin B-57 Canberra was a twin jet engine tactical bomber that has equipped the United States Air Force from the mid of 50s. Its robust aerodynamic design and its great reliability made it ideal for the role of tactical bomber and reconnaissance aircraft. It was equipped with two Wright J65 turbojet engine and it was able to reach 960 km / h. Thanks to its bomb bay and its four external hardpoints it was able to carry an offensive load of 3,300 Kg. During its long operating activities, several versions had been developed. In particular the B-57G, derived from the B-57B, was developed as night intruder. Easily recognizable by the added “radome”, the B-57G played an important role during the Vietnam War to support combats along the Ho Chi Minh trail. It was equipped with a new radar, a more modern avionics and, in particular, a variety of sensors able of dropping laser guided bombs. 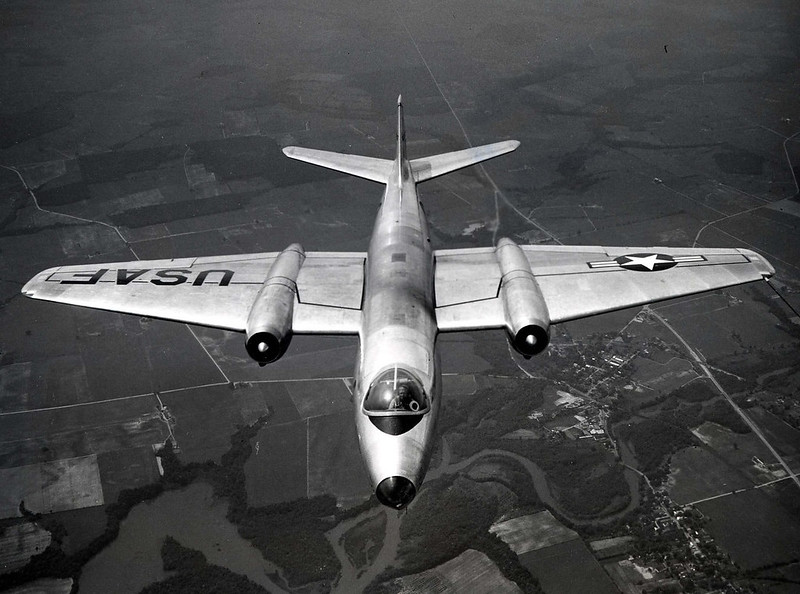