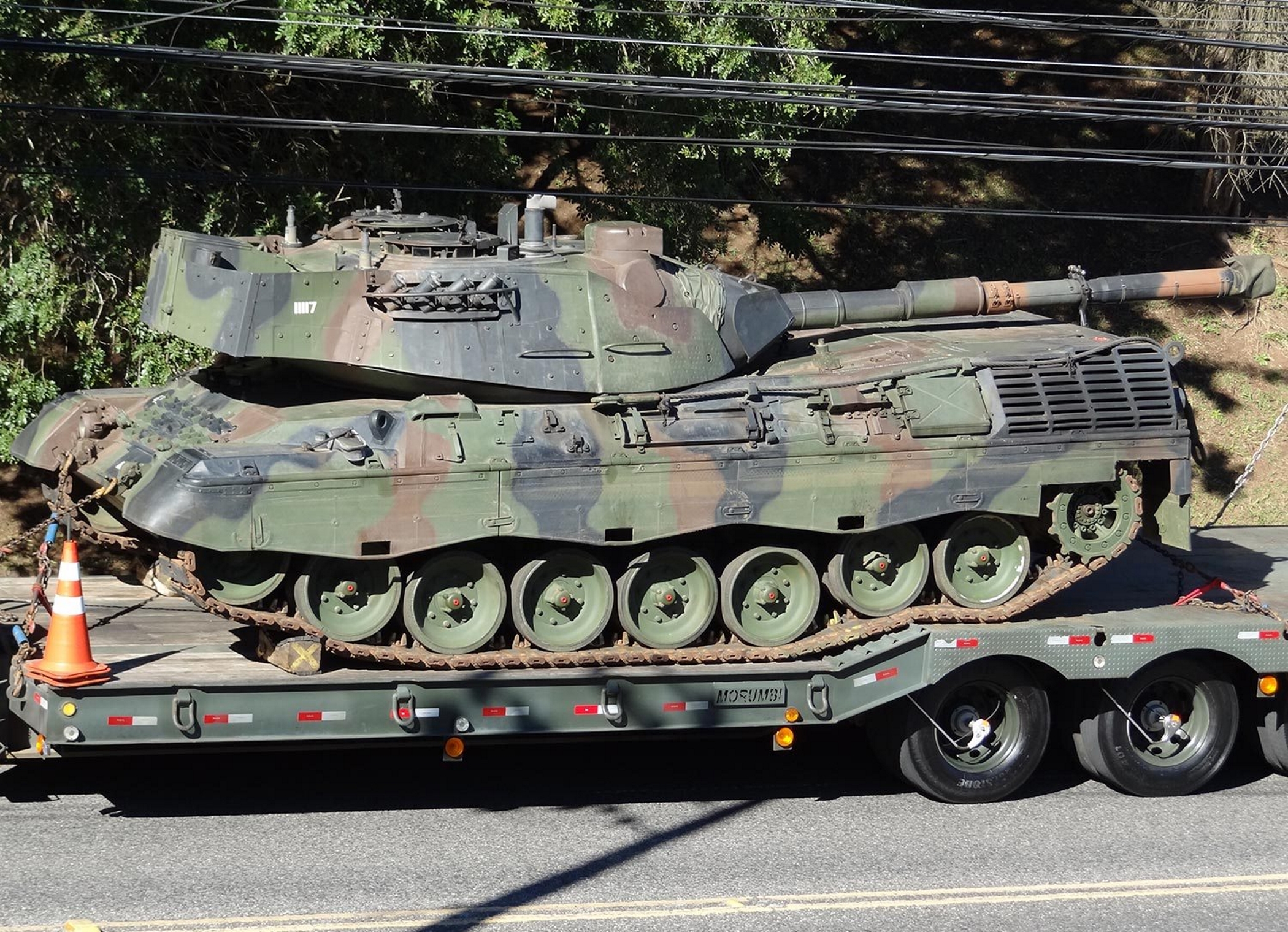 Etter at det første partiet ble levert, var de neste tre partiene Leopard 1A1 Leilighet model, which included a new gun stabilization system from Cadillac-Gage, allowing the tank to fire effectively on the move. The 1A1 also added the now-famous “skirts” along the sides to protect the upper tracks, and a new thermal jacket on the gun barrel to control heating. A less important change was to use rectangular rubber blocks fastened to the treads with a single pin instead of the earlier two-pin “shaped” versions. The rubber blocks could be easily replaced with metal X-shaped crampons for movement on ice and snow in the winter. Between 1974 and 1977 all of the machines in the first four batches were brought to the same Leopard 1A1A1 standard, and given additional turret armor developed by Blohm & Voss. A further upgrade in the 1980s added leftover image-intensifier night sights which were being handed down from the Leopard 2 as they were themselves upgraded. The PZB 200 image intensification system was mounted in a large box on the upper right of the gun, creating the Leopard 1A1A2. A further upgrade with SEM80/90 all-digital radios created the Leopard 1A1A3.