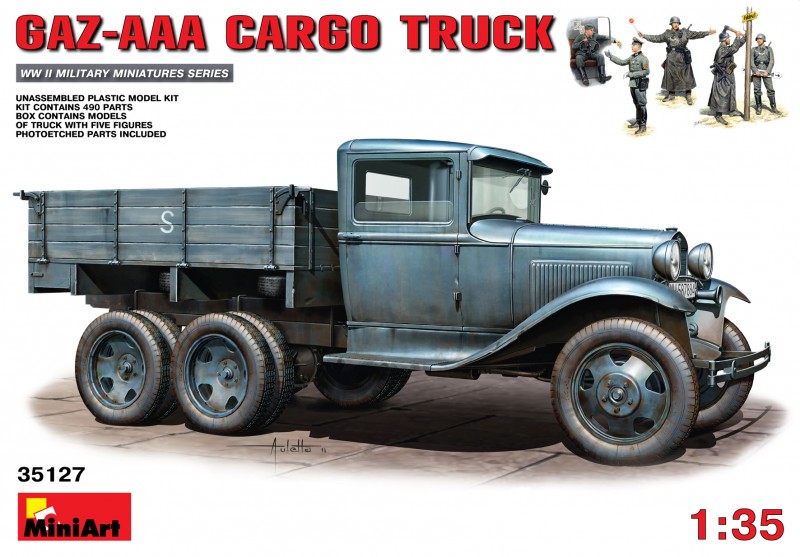 This kit contains 490 parts. The box contains the model of the truck cargo and 5 minifigures.

Histoire: The soviet truck all-terrain GAS-AAA is a cargo truck of capacity 2 t. GAZ-AAA is the modification of the triaxial GAZ-AA, which has been published on the design of Ford-Timken. Usually the GAS-AAA was used for the service in the Red Army. Its different series (1934-1943) were produced 37 373 copies. Large quantities of trucks were captured and used by the German army during the Second world War.

Search on eBay
Search for what you need, We suggest this but it is you who decide
Find items about "Military Truck" on AliExpresS :