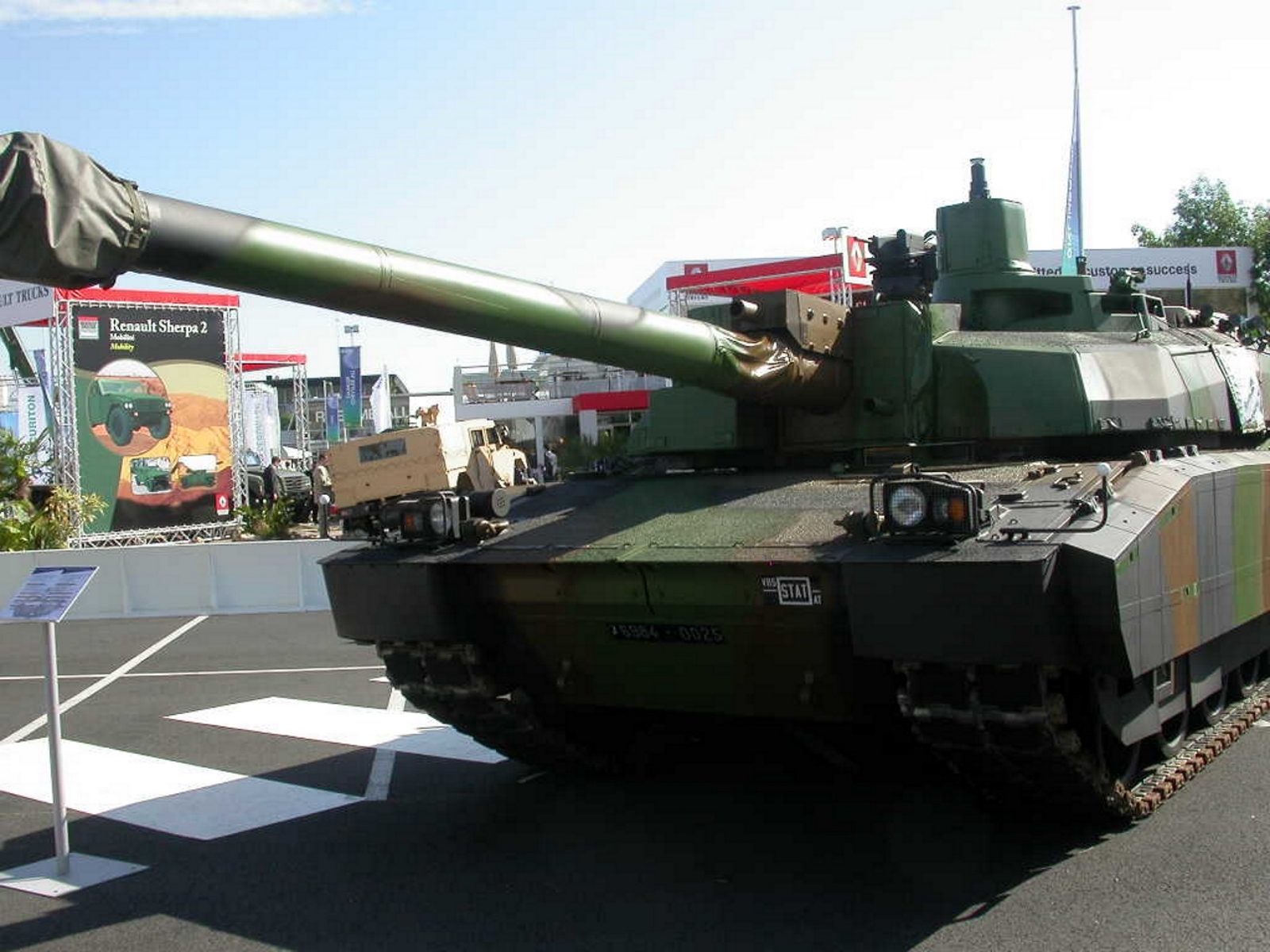 Nuotraukų galerija Leclerc prototipas, The Char Leclerc is a main battle tank (MBT) built by GIAT, now Nexter of France. It was named in honour of General Philippe Leclerc de Hauteclocque who led the French element of the drive towards Paris while in command of the Free French 2nd Armoured Division (2ème DB) in World War II. The Leclerc is in service with the French Army and the army of the United Arab Emirates. In production since 1991, the Leclerc entered French service in 1992, replacing the AMX 30 as the country’s main armoured platform. With production now complete, the French Army has a total of 406 Leclerc and the United Arab Emirates Army has 388.