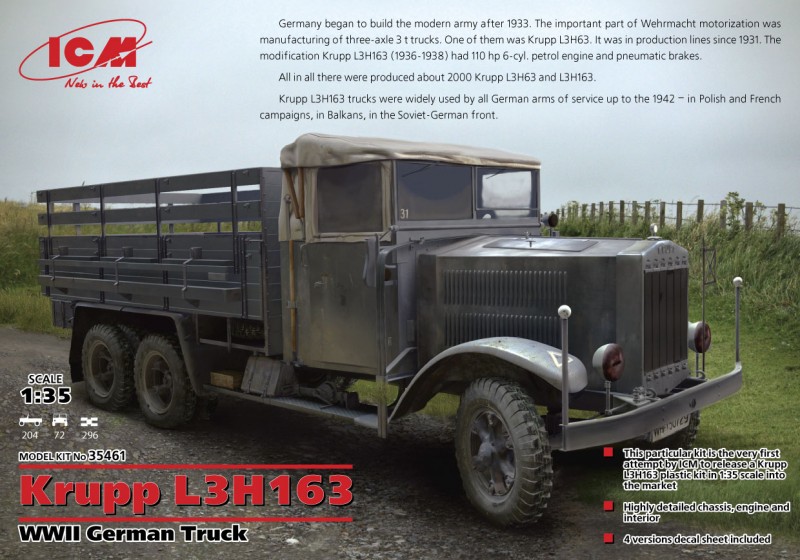 Germany began to build the modern army after 1933. The important part of Wehrmacht motorization was manufacturing of three-axle 3 t trucks. One of them was Krupp L3H63. It was in production lines since 1931. The modification Krupp L3H163 (1936-1938) had 110 hp 6-cyl. petrol engine and pneumatic brakes. All in all there were produced about 2000 Krupp L3H63 and Krupp L3H163. Krupp L3H163 trucks were widely used by all German arms of service up to the 1942 – in Polish and French campaigns, in Balkans, in the Soviet-German front. Highly detailed chassis, engine and interior. 4 versions decal sheet included.

Search on eBay
Search for what you need, We suggest this but it is you who decide
[ae_affiliate_byphil keyword=”Krupp Truck”] ...