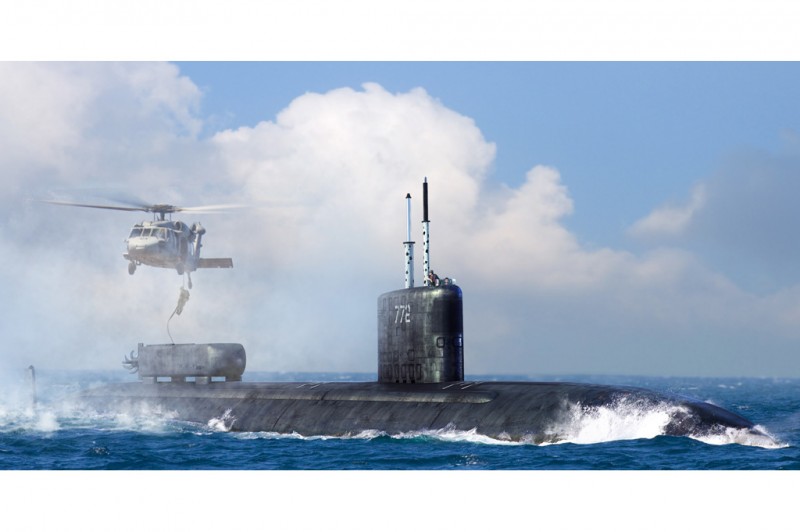 “Greenville” is the sixty ship of the Losangeles class submarine, the submarine has a total of 62 ships of this level, are empowered by Congress to production.”Greenville” is in the Newport shipyard built second ships Losangeles class submarine.The submarine is equipped with “Tomahawk” type patrol ship missile system, which has a land attack capability.It is the Losangeles class submarine improved, enhanced navigation and icebreaking capability.Number of SSN – 772, on February 28, 1992 in the United States Newport shipyard started in 1994 1996, launched in September, February. The craft standard of drainage capacity of 6300 tons (with large diameter torpedo tubes and sonar systems), water drainage capacity of 7147 tons, the captain 108 meters, draft 9.9 meters, underwater speed of 32 knots.