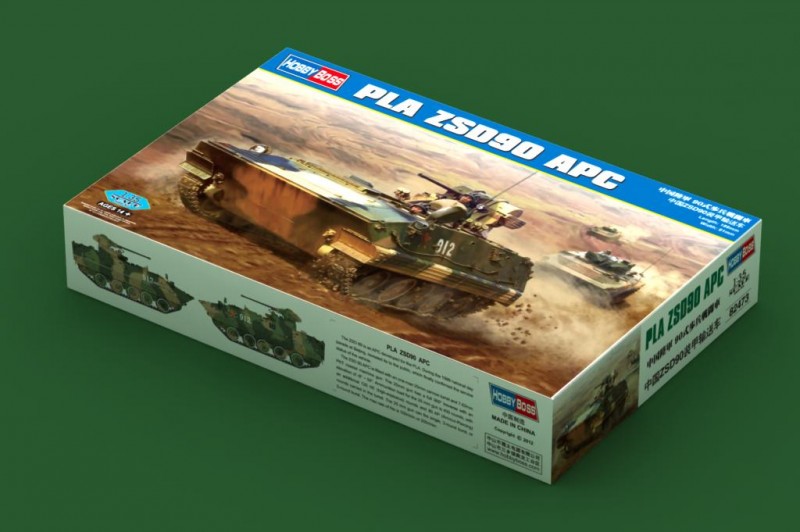 Features : the kit consists of over 440 parts – Two-directional slide moulded lower hull and upper hull – The crew entry door can be fixed in the open or closed position. – The photo-etched fret includes mesh for the engine grill – 160 individual tracks links

The ZSD 89 is an APC developed for the PLA. During the 1999 national day parade at Beijing, revealed its to the public, which finally confirmed the service status of the vehicle. The ZBD 90 IFV is fitted with an one-man 25mm cannon turret and 7.62mm PKT coaxial machine gun. The 25mm gun has a full 360° traverse with an elevation of -8° ~ 55°. Ammunition load for the 25 mm gun is 400 rounds, with an additional 120 HE (high-explosive) rounds and 80 AP (Armour-Piercing) rounds carried in the turret. The 25 mm gun can fire single, 3-round burst, or 5-round burst. The max rate of fire is 100r/min or 200r/min.