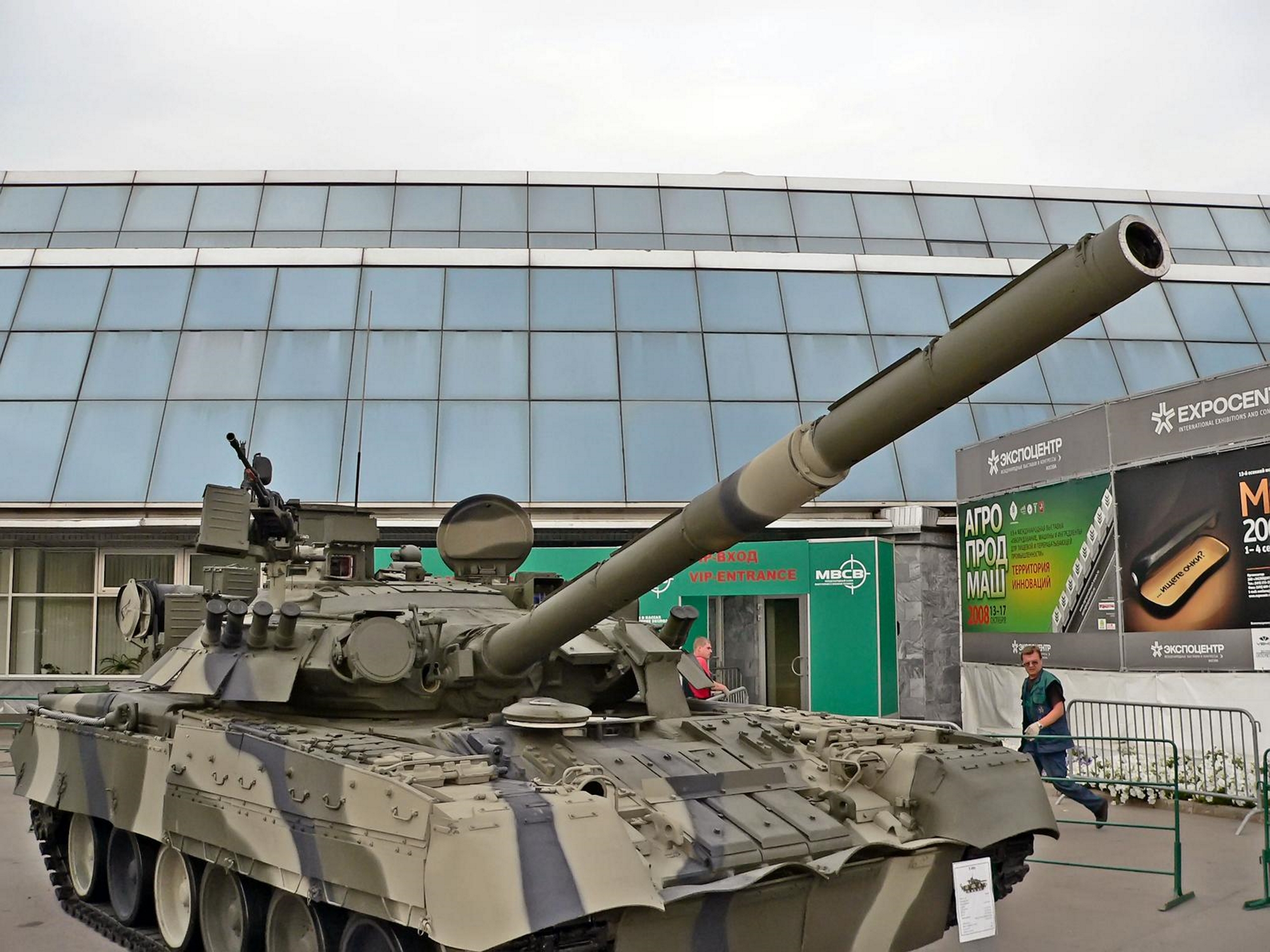 Lla T-80 (T-80) is a main battle tank (MBT) designed and manufactured in the Soviet Union. When it entered service in 1976, it was the second MBT in the world to be equipped with a gas turbine engine after the Swedish Strv 103 and the first to use it as a primary propulsion engine. The T-80U was last produced in a factory in Omsk, Russia, while the T-80UD and further-developed T-84 continue to be produced in Ukraine. The T-80 and its variants are in service in Belarus, Cyprus, Egypt, Kazakhstan, Pakistan, Russia, South Korea, and Ukraine. The chief designer of the T-80 was the Soviet engineer Nikolay Popov.

Plus de photos
Wait, Searching T-80 photos for you…