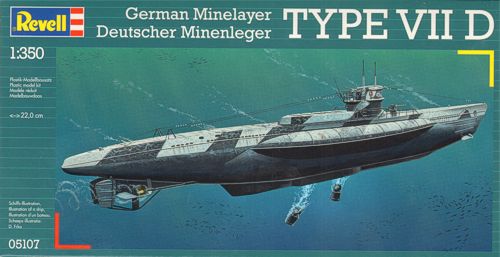 It is hard to overestimate the role of minelayers in naval combat. The German Navy used these elongated U-boats to place mines near enemy shipping routes. The Type VIID featured five mine silos, located just behind the conning tower. Each silo could store up to three mines each, making the Type VIID a formidable foe for the Allies. Kit features an extended hull with fine riveting and welds, authentically reproduced deck details, a detailed engine, a realistic periscope, a true-to-the-original weapons assortment and decal markings for U-212, U-217 and U-218.