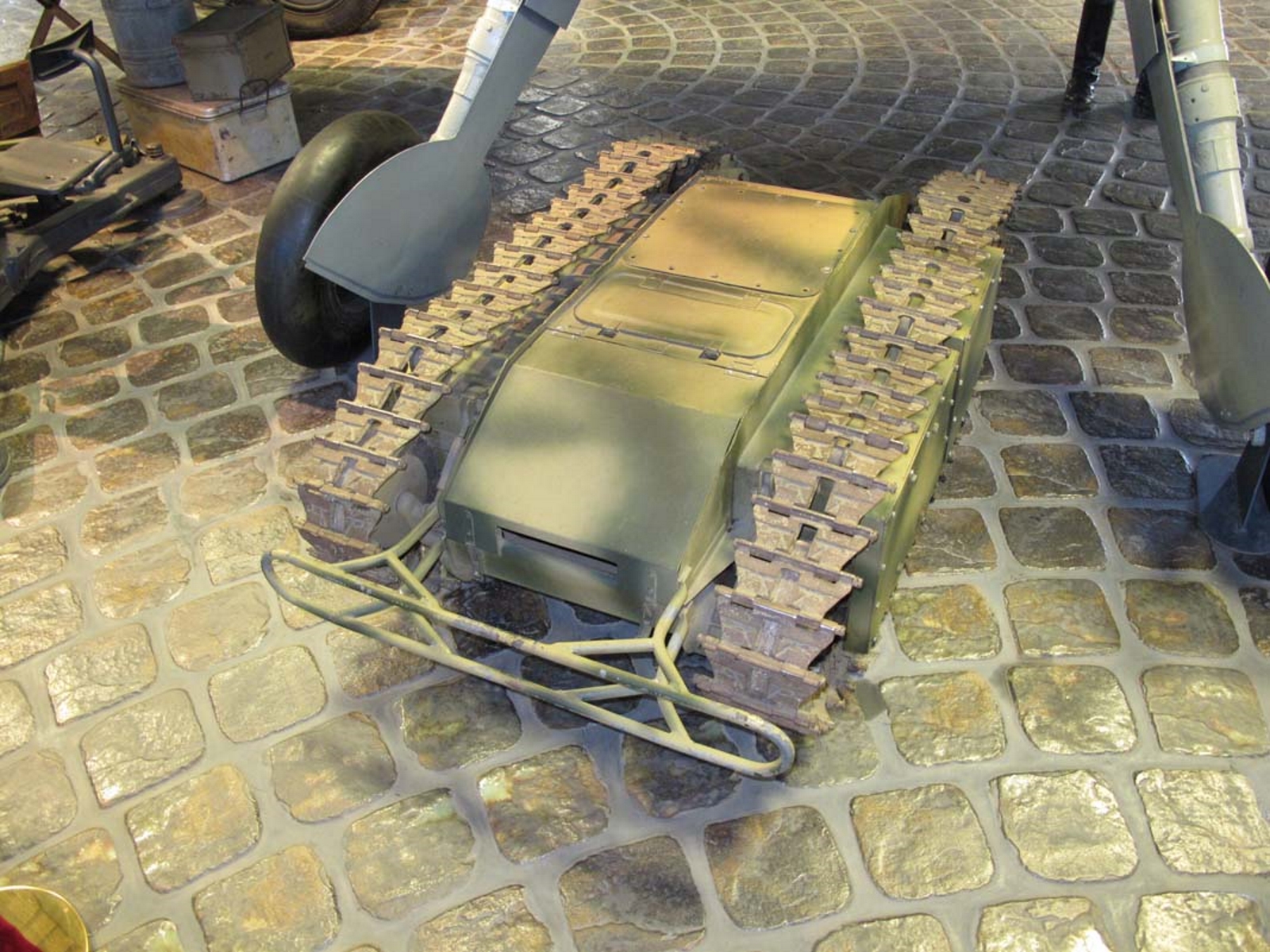 照相馆的一个 歼击302Leichter Ladungstrager歌利亚, The Goliath tracked mine – complete German name: Leichter Ladungsträger Goliath (Sd.Kfz. 302/303a/303b) – was a remote controlled German-engineered demolition vehicle, also known as the beetle tank to the Allies. Employed by the Wehrmacht during World War II. It carried 60 or 100 kilograms (130 or 220 lb) of high explosives, depending on the model, and was intended to be used for multiple purposes, such as destroying tanks, disrupting dense infantry formations, and demolition of buildings and bridges. 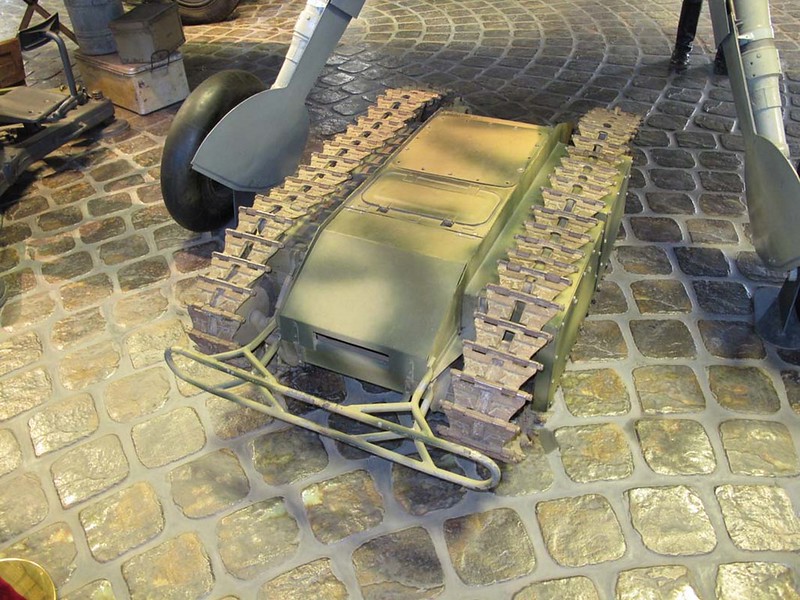 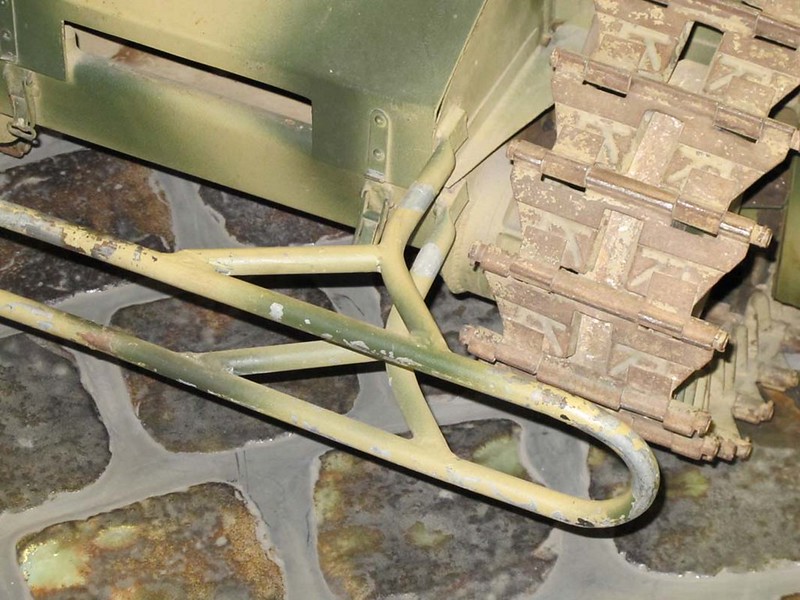 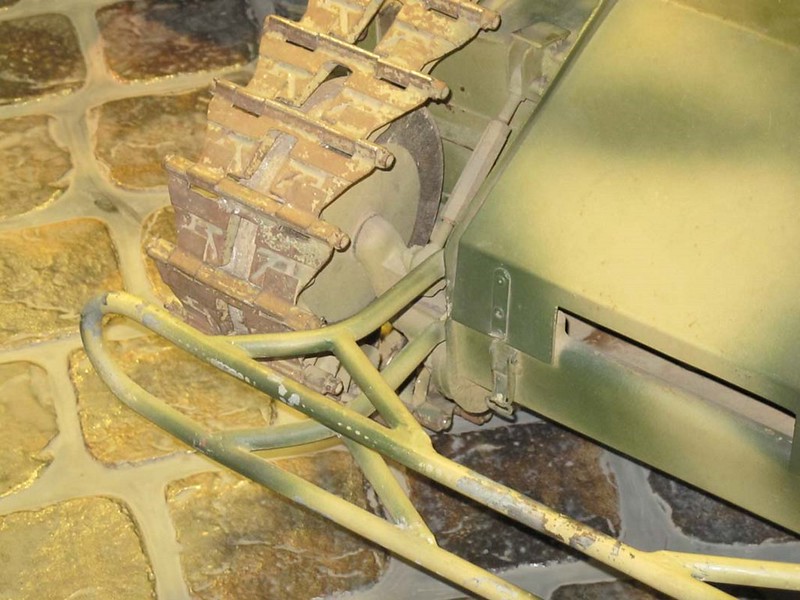 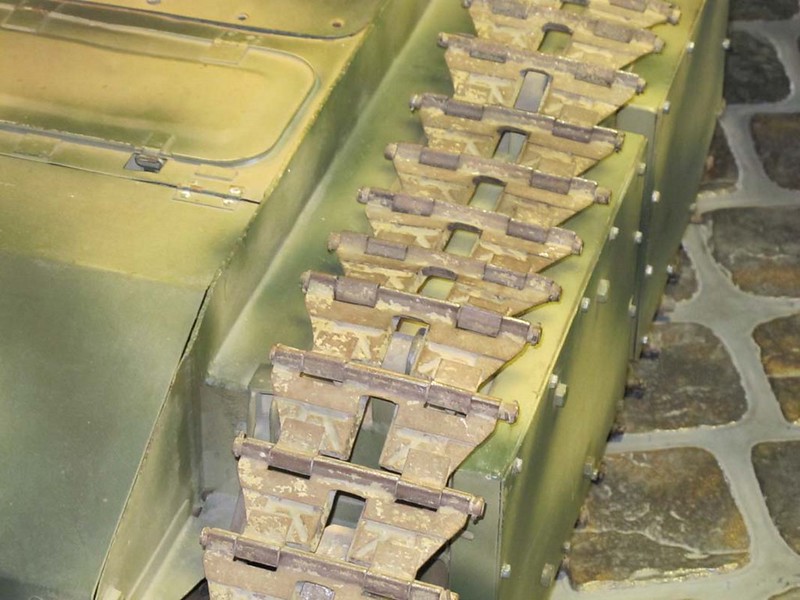 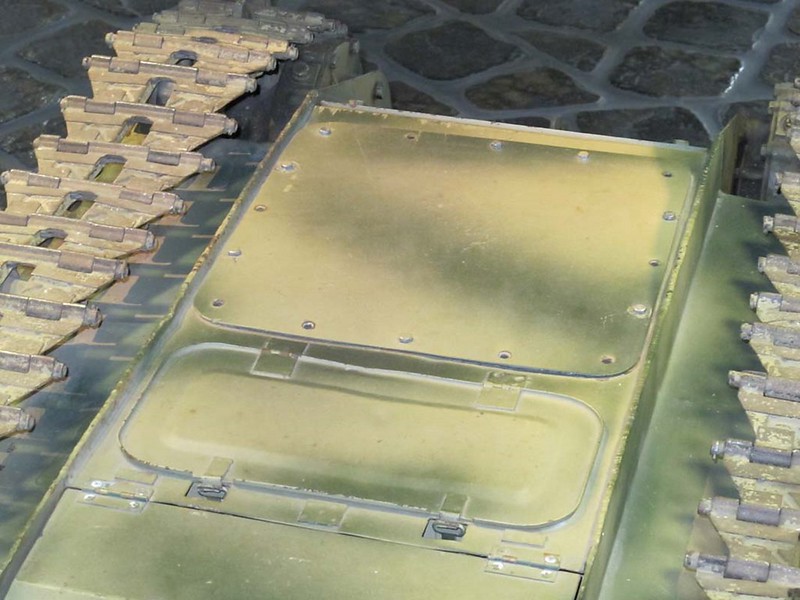 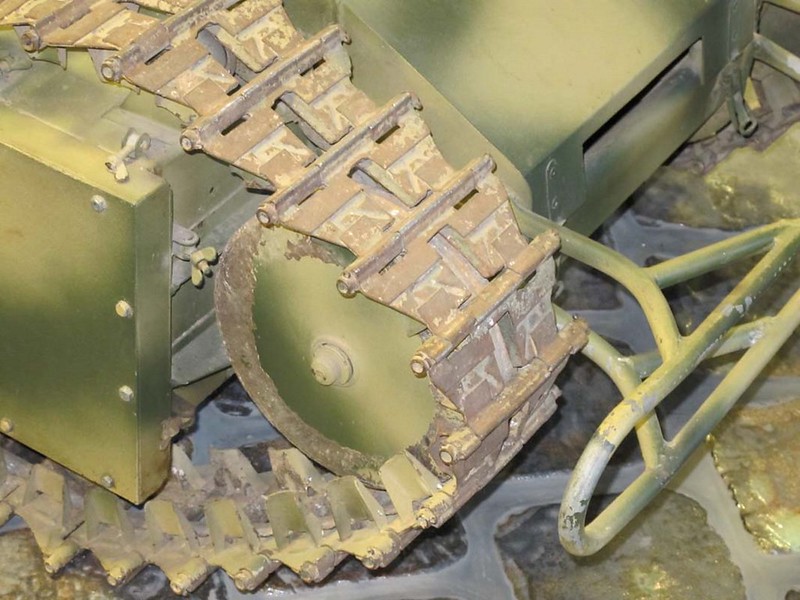 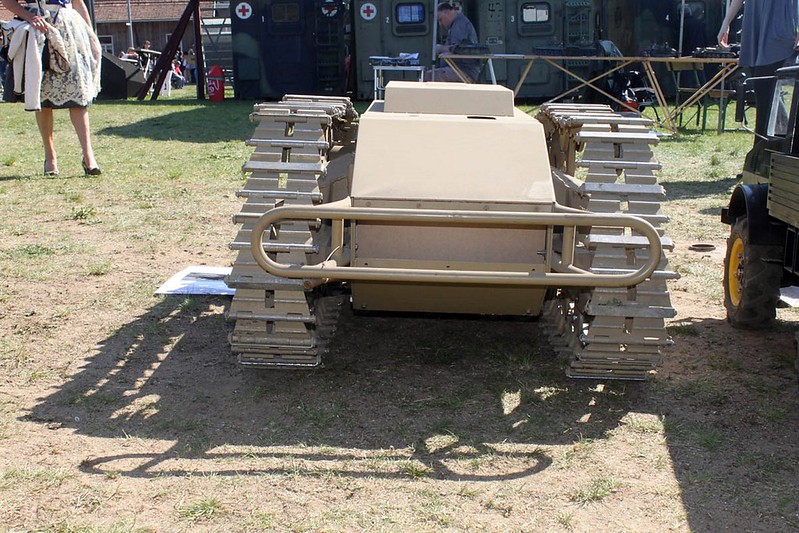 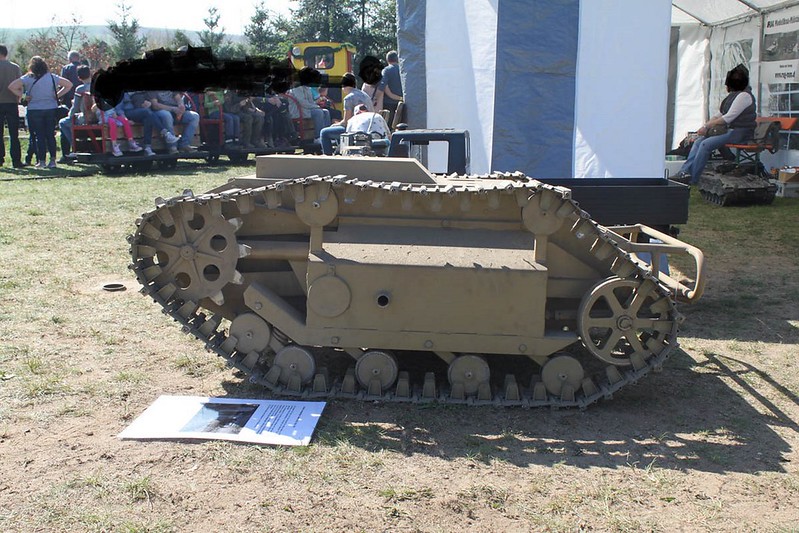 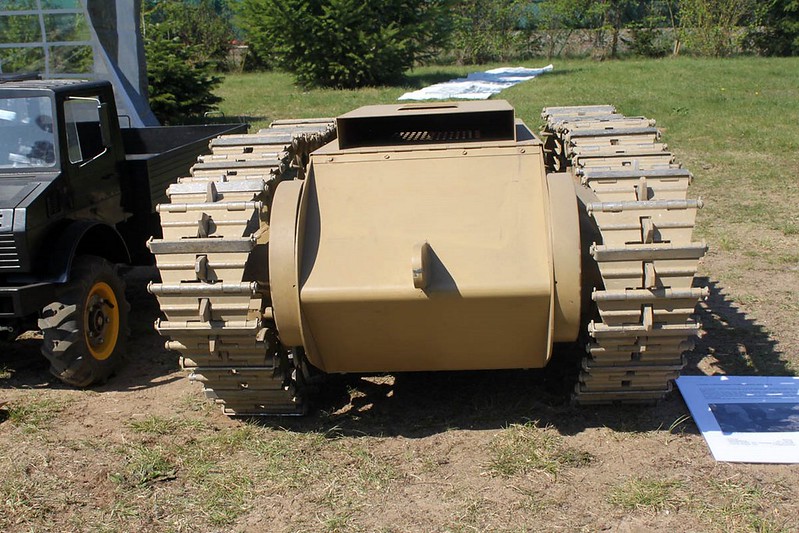 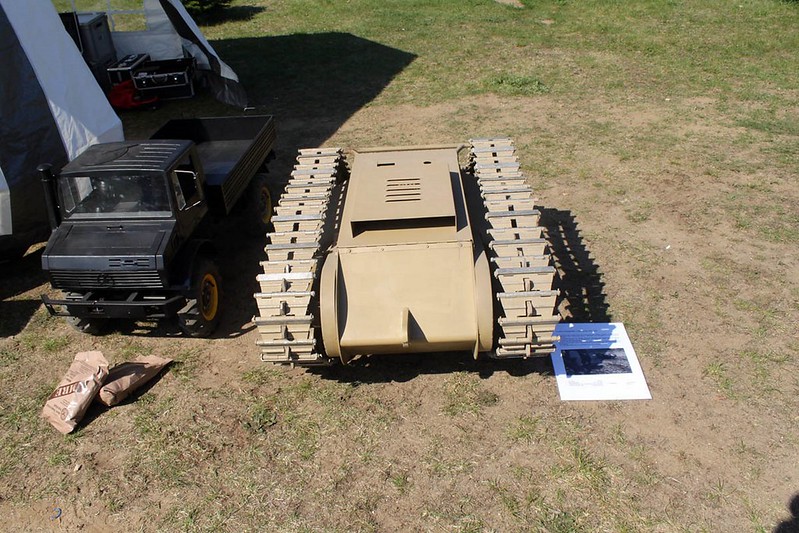 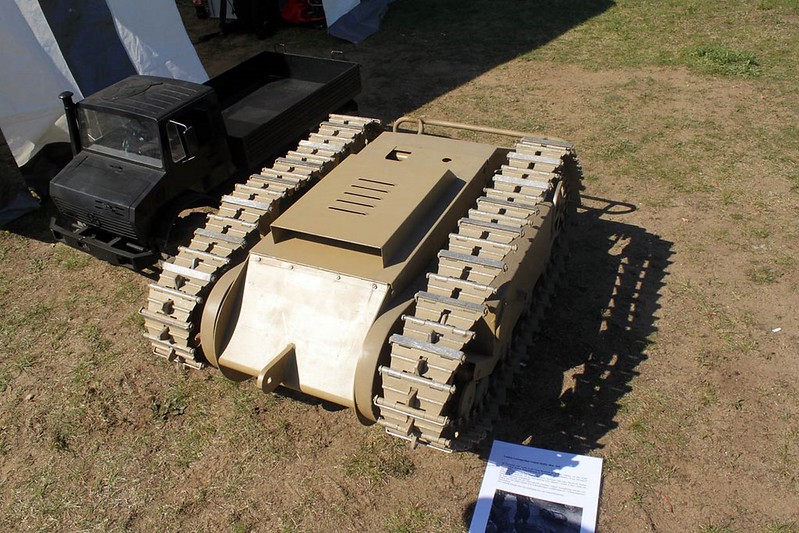 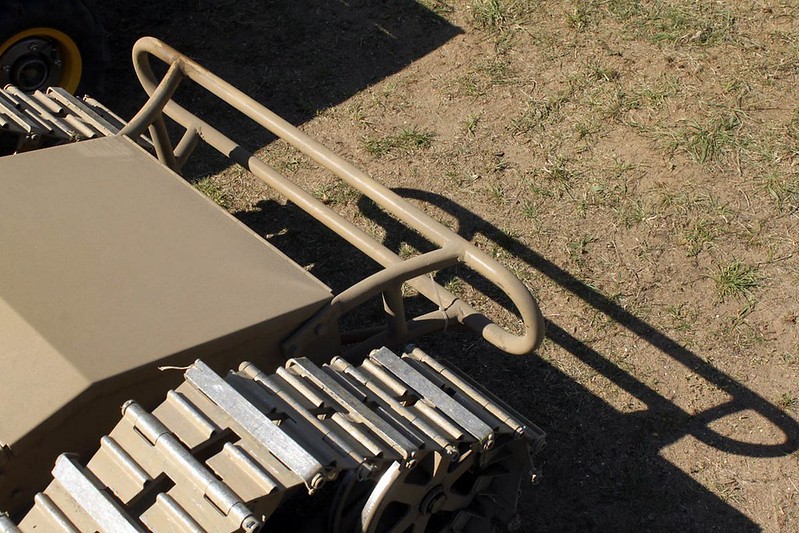 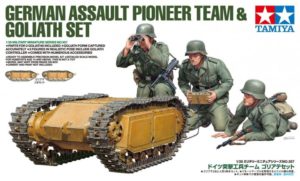