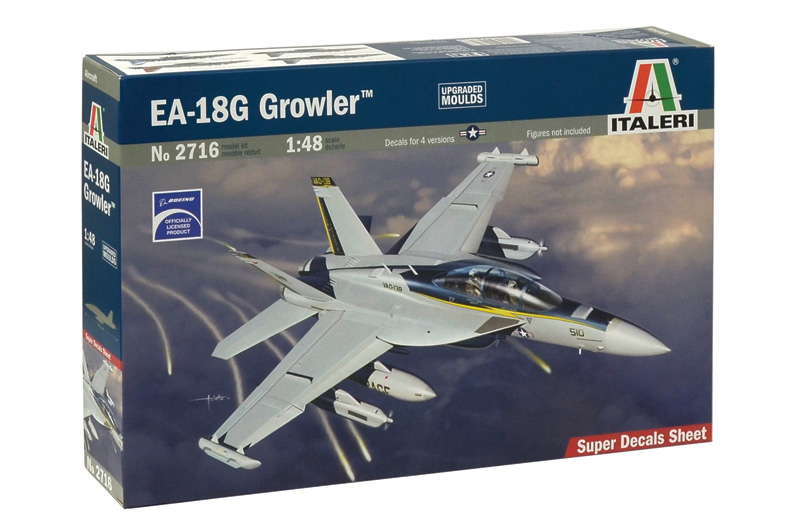 品牌模型 泰泰莱里 套件 EA-18G Growler – ITALERI 2716. The 波音E/A-18 G种植者 was designed to meet a specific need for the U.S. Navy: have a specialized electronic warfare aircraft to replace the now dated, both for avionics performance, Grumman EA-6B Prowler. The Growler is directly derived from the two-seater fighter F/A-18 F Super Hornet aboard which retains substantially all the aerodynamic characteristics. The two General Electric engines Growler to provide a top speed of mach 1.8, and performance in line with the planes that must ensure that support. The crew consists of the pilot and, in tandem, the WSO (Weapon System Officer). Unlike the F/A-18 is not equipped with the gun but is capable of carrying in its pylons pod for the disorder radar and electronic warfare, additional tanks, chaff and flare dispenser as well as missiles AIM-120 AMRAAM.