The US Army entered WWII with the M3 Stuart Light Tank, which worked well, but was tall and noisy. Not ideal features of a reconnaissance vehicle and not rectified in the later M5 series. A new Light Tank was specified in 1943 using the M5 powertrain, but with a sleek new hull and turret. This was to emerge as the Light Tank M24. The noisy VVSS was replaced with a new torsion bar suspension, and weight was kept to 20 tons. Firepower was greatly increased by mounting a light weight 75mm gun using the same ammunition as the M4 Sherman. The M24 was well received by its crews, but it arrived too late to see much action, the first tanks arriving in Europe by November 1944. A few were passed on to the British and Free French before the war ended. Armour was up to 25mm thick and the road speed up to 56k/mh, maximum road range was 161 kilometers. A total of 4,731 M24’s were built by the end of WWII. The chassis was used for a whole range of Self-Propelled Guns and weapon carriers. 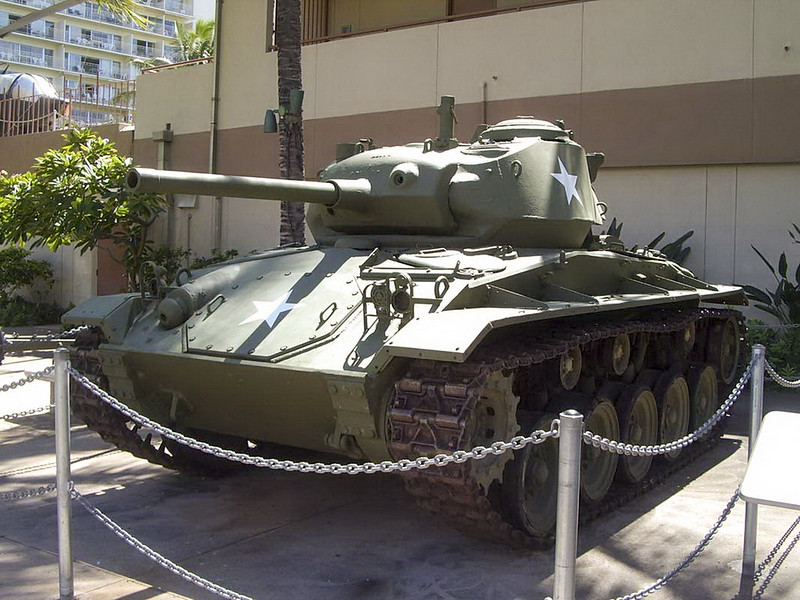