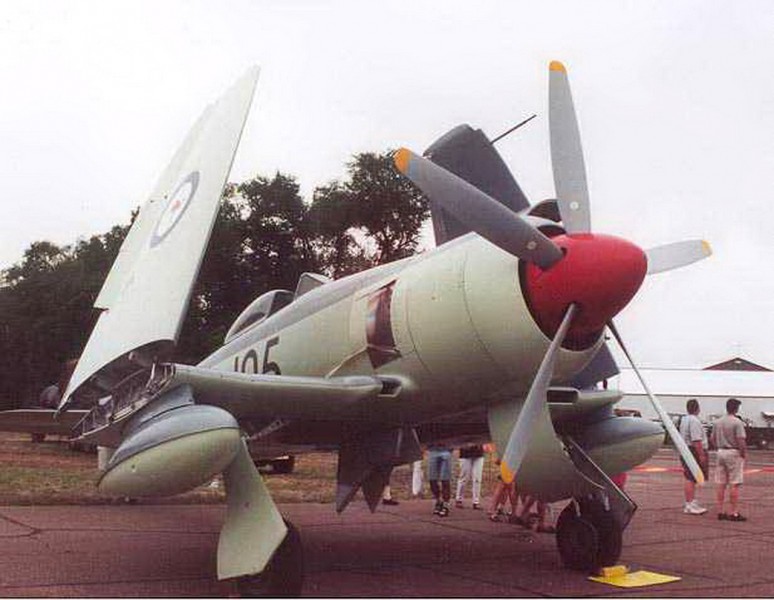 Teh Ярость Хоукер-Си is a British fighter aircraft designed and manufactured by Hawker. It was the last propeller-driven fighter to serve with the Royal Navy, and one of the fastest production single piston-engined aircraft ever built. Developed during the Second World War, the Sea Fury entered service two years after the war ended. The Sea Fury proved to be a popular aircraft with a number of overseas militaries, and was used during the Korean War in the early 1950s, as well as against the 1961 Bay of Pigs Invasion of Cuba.