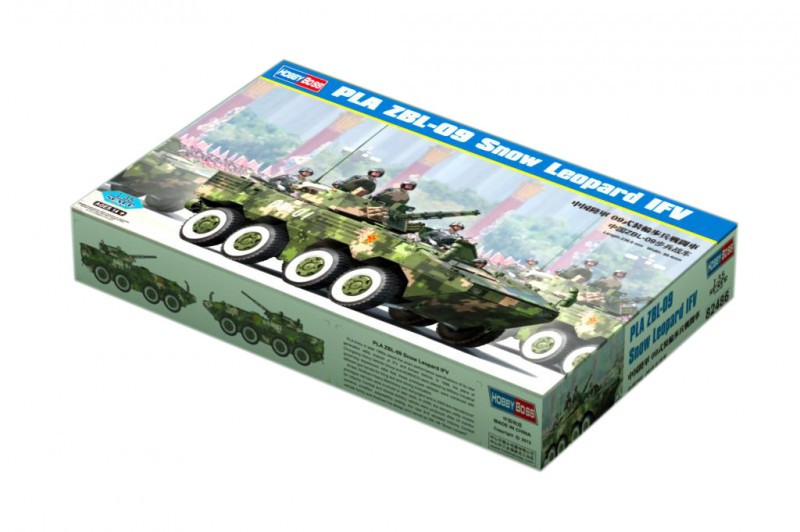 PLA Army in later 1990s raised the exact performance specifications of its new generation utility chassis of IFV and Armed Vehicle. In 1999, the plans of Chongqing Heavy Vehicle Group and NORINCO were selectd by Military Industrial governing department. After that, these prototype vehicles were combined with different gun-turrets for firing test and driving evaluation. At last, Northern Heavy Machinery won the project and in 2005 the manufacturer’ prototype vehicles were involved in later tests. In 2006, the sample utility chassis for Infantry Combat and Mobile Artillery vehicle were produced. After 24 months’ extreme condition adaptability testing, the new 8×8 wheeled Infantry Combat vehicle family was finalized the design and named as ZBL-09 “Snow Leopard”.