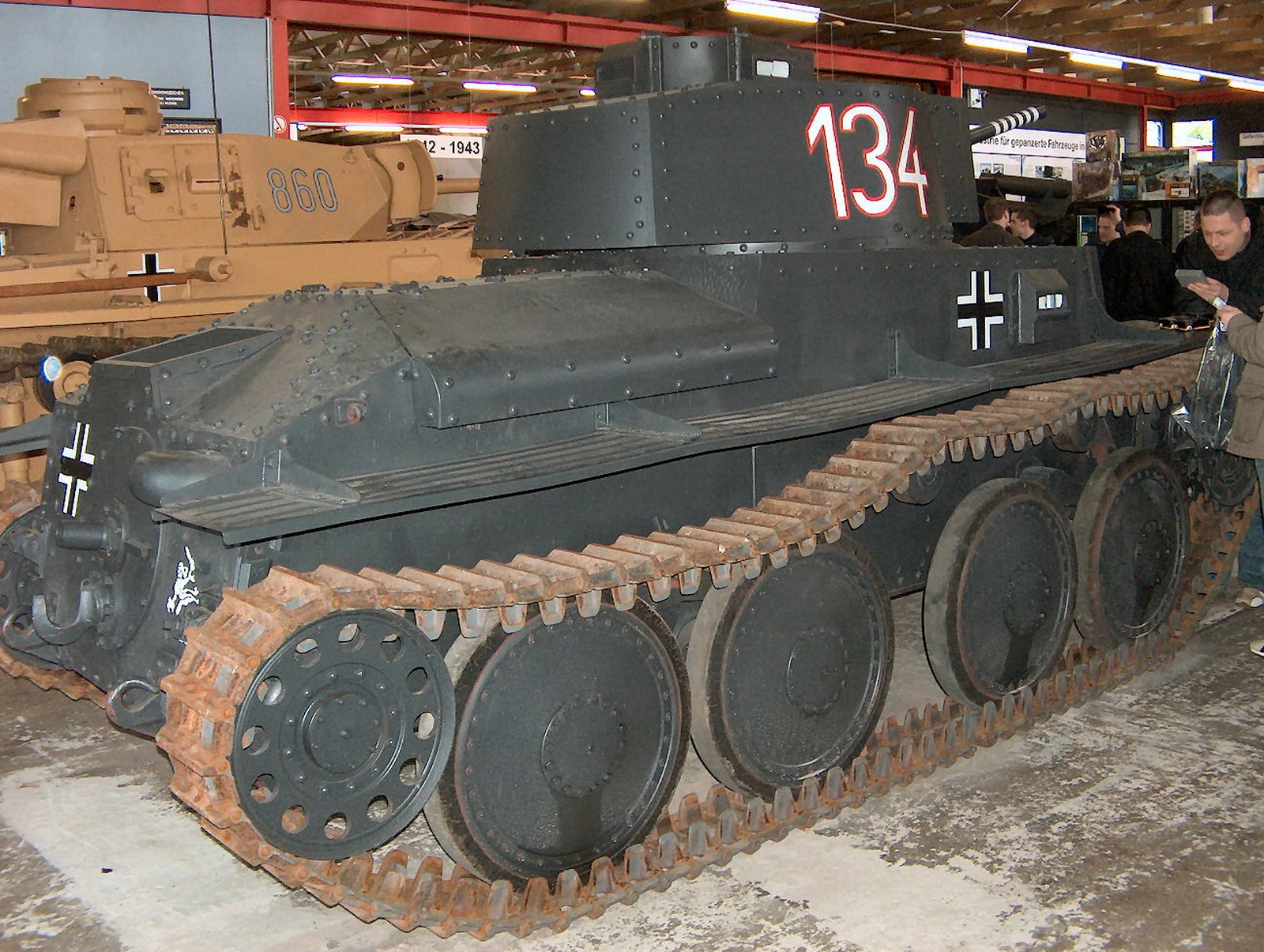 The Panzerkampfwagen 38(t) was originally a Czech tank of pre-World War II design. After Czechoslovakia was taken over by Germany, it was adopted by the German Army, seeing service in the invasions of Poland, France and Russia. Production ended in 1942, when its armament was deemed inadequate. In all, over 1400 were manufactured. The chassis continued to be produced for Marder III (1942-1944) and Hetzer (1944-1945) tank destroyers, turretless assault guns, anti-tank guns and anti-aircraft guns.

Wait, Searching Panzer 38(t) for you…