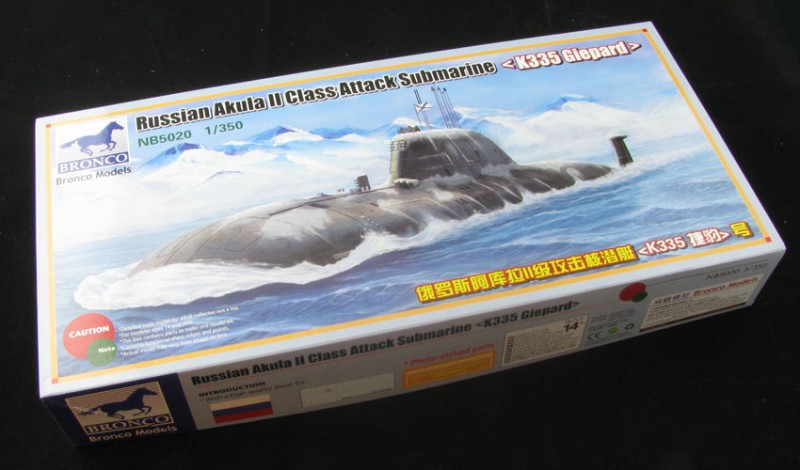 Ruské Akula ll Class submarine is an improved version of the Akula l, and is 2.5 memters longer and 230 tons heavier. The size increase was to accommodate an active an active npise reduction system, and a new MGK-540 sonar array. Due to the import of sophisticated milling machines from Japan, the Akula ll is much quieter than previons Ruissian submarines. With a speed of 33 knots submerged and a depth of over 450 meters ,these are comper-able to the American designs of the 1990’s . K-335 Giepard is the second submarine of the class ,laubched in September 1999, the was not commis-sined into the Russian Navy until 2001. K-335 is armed with 4×533mm and 4×650mm torpedo tubes ,with provision for another 6 externally mounted 650mm tubes .These can fire a wide variety of torpedos, mines and missiles.Due to budgetary restriction only 1 more Akula ll was built, K-152 Nerpa. Further submarines of this class were cancelled, however 2 “export” Akula ll’s may be built for the Indian Navy.