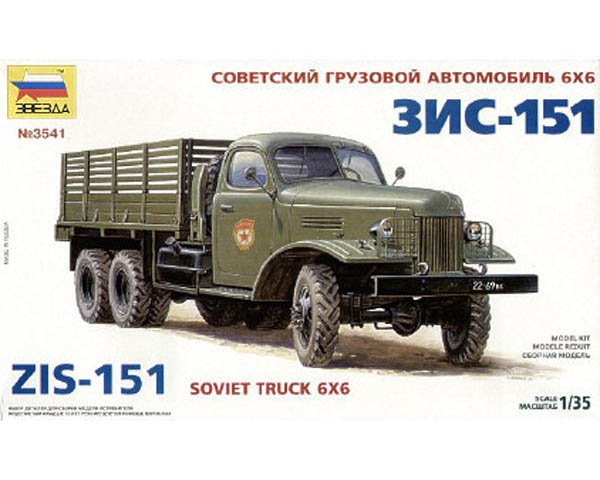 The ZIS-151 was first of the major Soviet military transport all-drive vehicles after the World War II. tens of thousands of these trucks have been produced in many special versions for hauling many types of cargo.