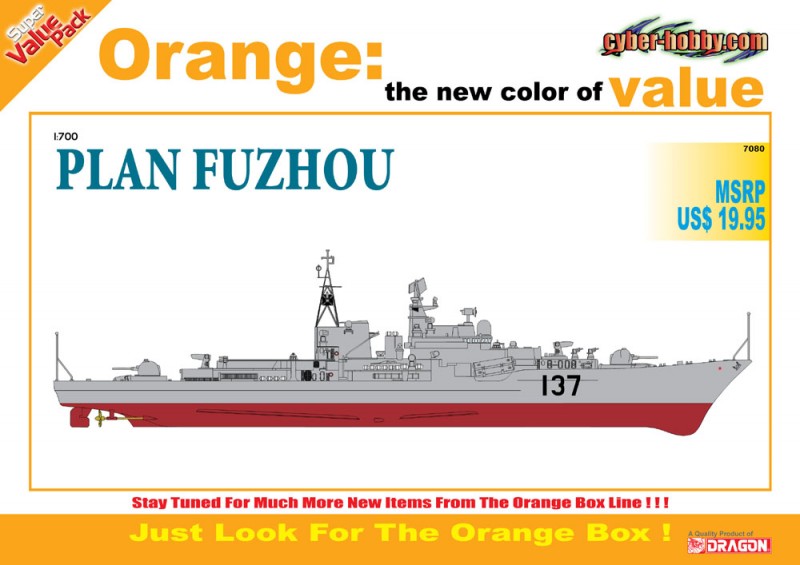 Orange Box is again showing its true colors with the release of a 1/700 scale ship model. The subject is a Project 956 Sovremenny-class missile destroyer. Although it is a Russian-built ship, this Cyber-Hobby kit depicts it in Chinese People’s Liberation Army Navy (PLAN) service. In 1996 China decided to acquire two unfinished Russian Navy vessels. The Hangzhou (hull number 136) was delivered in 1999, and the second destroyer – Fuzhou (137) – arrived in 2000. It is precisely these destroyers that are represented in this Orange Box release. These destroyers in service with the PLAN East Sea Fleet are designed mainly for surface strike missions.

Wait, Searching Cyber-Hobby 7080 for you…