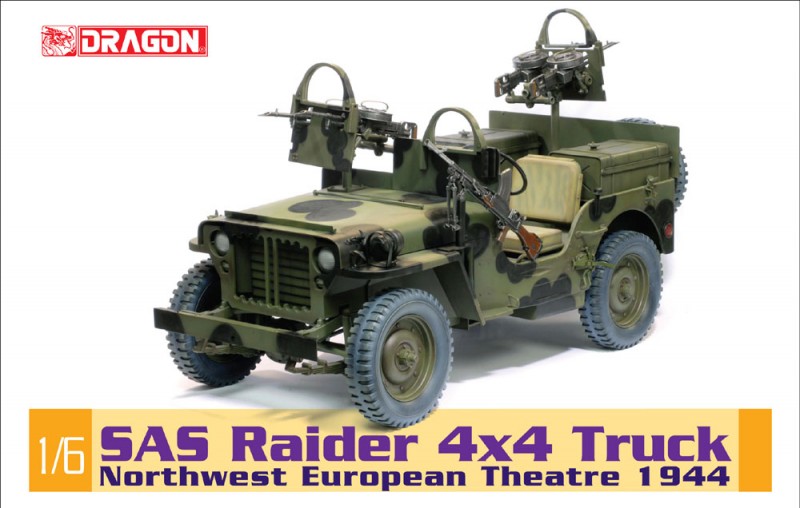 The new Dragon 1/6 scale model kit shows a 1/4-Ton 4×4 Truck modified by the SAS for ETO missions. It’s heavily loaded with extra fuel to allow reconnaissance missions deep behind frontlines. The SAS vehicle is heavily armed with fast-firing Vickers K machine guns, with twin-mount machine guns ready for use against ground or aerial targets. A Bren Gun mounted near the driver’s seat is also included. This exciting kit is accurate in every detail, and the SAS vehicle is ready to wreak havoc across enemy-occupied Europe!

Search on eBay
Search for what you need, We suggest this but it is you who decide
[ae_affiliate_byphil keyword=”SAS Raider”]