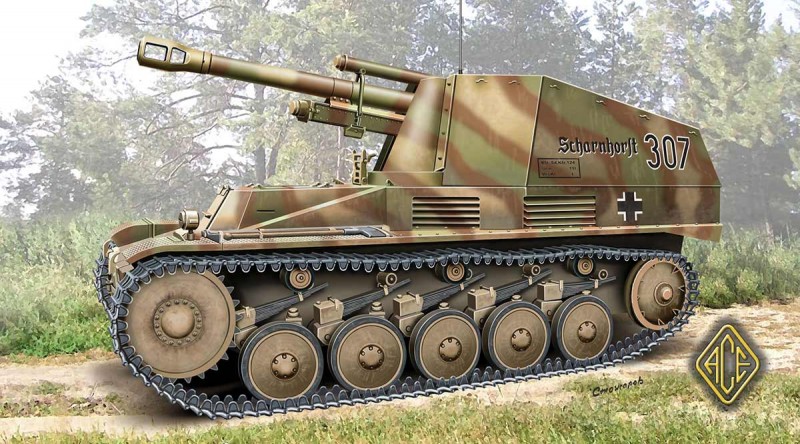 10,5cm LeFH-18/2 auf Fgst PzKpfw.II (Sf) SdKfz.124 “Wespe”(“Light field howitzer 18 on Panzer II chassis”) After the Battle of France in 1940 German Tank Generals understood that Panzer II became both under-gunned and under-armoured. Thus, when the need arose for a SP artillery vehicle, the Panzer II was a natural choice. Engine was moved forward and the chassis was slightly lengthened to gain sufficient space for the rear-mounted 10.5 cm leFH 18 howitzer.